PACE President due in Armenia 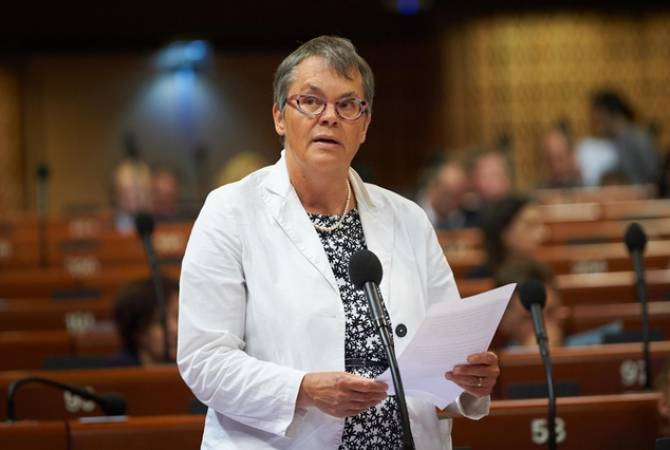 
YEREVAN, MARCH 22, ARMENPRESS. Parliamentary Assembly of the Council of Europe (PACE) President Liliane Maury Pasquier will make an official visit to Armenia from 26 to 28 March 2019, PACE said in a press release.

During this visit, she is due to meet President Armen Sarkissian, Prime Minister Nikol Pashinyan, Speaker of the National Assembly Ararat Mirzoyan, Foreign Minister Zohrab Mnatsakanyan and the Minister of Labour and Social Affairs Zaruhi Batoyan.

Meetings are also scheduled with leaders of political groups and Chairpersons of various parliamentary committees, as well as the Armenian delegation to PACE.

Maury Pasquier will also participate in a round table on gender issues with the Human Rights Defender and civil society representatives.

A press point is planned on Wednesday 27 March at 1 pm in parliament.