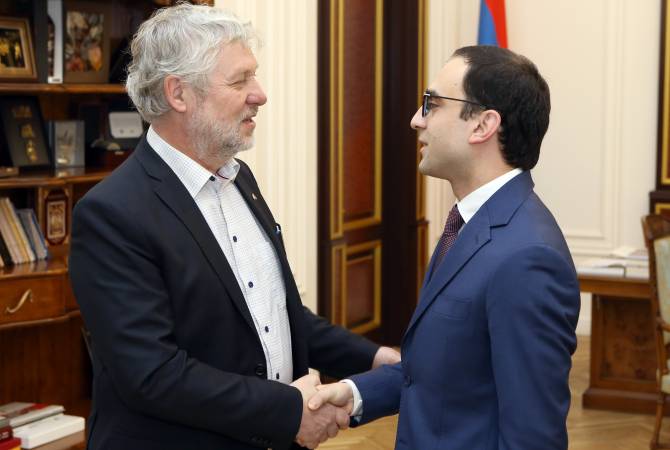 Welcoming the guest, the deputy PM said Armenia has recorded a great progress in democracy, human rights, rule of law, fight against corruption and highlighted Sweden’s assistance to the process of ongoing reforms in the country.

He said Armenia has established effective mutual partnership with Sweden both at bilateral and multilateral formats, in particular, within the frames of the EU Eastern Partnership.

In his turn the Swedish minister thanked for the reception and stated that significant positive changes took place in Armenia, and they want to contribute to strengthening Armenia’s democracy. Peter Eriksson said Sweden is ready to implement bilateral support programs for Armenia.

The sides also touched upon the Sustainable Development Goals, as well as the activities of Armenia’s National Innovation Center for Sustainable Development. In this context Avinyan introduced the priorities of the government’s action plan which is based on the inclusive growth model and the upcoming actions.

The opportunities of cooperation in IT, alternative energy, waste management sectors were discussed during the meeting.