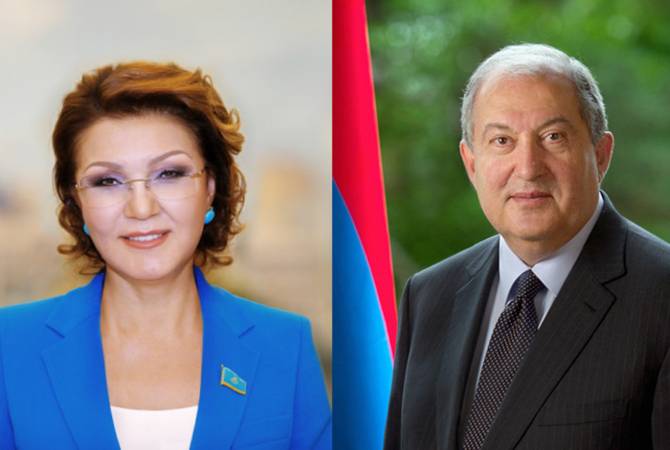 
YEREVAN, MARCH 22, ARMENPRESS. President of Armenia Armen Sarkissian had a telephone conversation with new chair of the Senate (upper house of parliament) of Kazakhstan Dariga Nazarbaeyva to congratulate her on assuming office, the Armenian President’s Office told Armenpress.

During the phone talk the Armenian President expressed confidence that Dariga Nazarbaeyva’s rich experience and knowledge will serve at best to the future progress of friendly Kazakhstan, as well as the development of the Armenian-Kazakh inter-parliamentary ties.

President Sarkissian wished Nazarbaeva health, energy and success in her responsible activity, and peace and welfare to the good people of Kazakhstan.

Armen Sarkissian also sent a congratulatory letter to Dariga Nazarbaeyva, where he expressed hope that the current friendly ties and mutual respect between the two peoples will contribute to deepening the effective cooperation of the parliaments of the two states.