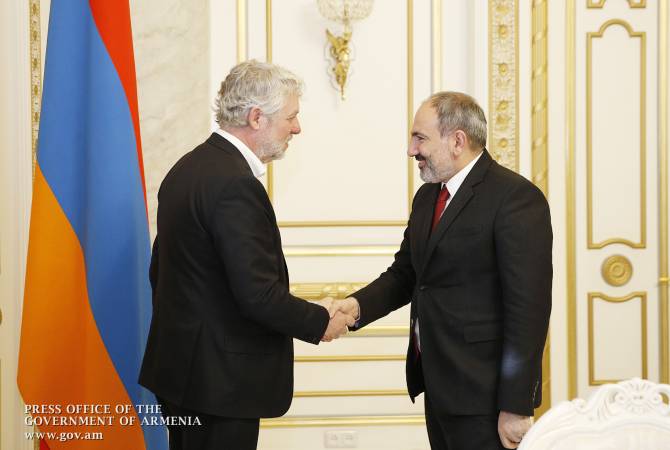 As ARMENPRESS was informed from the Office of the Prime Minister of Armenia, the PM welcomed the visit of the Swedish Minister to Armenia, noting that it’s a good opportunity to discuss the prospects of Armenian-Swedish partnership.

Nikol Pashinyan noted that the democratic processes in Armenia are irreversible and create new opportunities for deepening relations with the EU member states, including Sweden. According to the PM, Armenia has a great agenda for reforms and is ready to expand partnership with the EU in the sidelines of the Comprehensive and Enhanced Partnership Agreement.

Thanking for the reception, Peter Eriksson noted that it’s his 1st visit to Armenia and is happy for the opportunity to discuss the issues referring to the development of bilateral relations. The Swedish Minister for International Development Cooperation saluted the changes taking place in Armenia. He noted that Sweden is ready to deepen relations with Armenia on both bilateral and multilateral formats, including in the sidelines of the Eastern Partnership as one of the countries to initiates the Eastern Partnership 10 years ago.

Nikol Pashinyan and Peter Eriksson discussed a range of issues of bilateral interest, including partnership prospects in protection of environment, renewable energy and other spheres. The sides agreed to work jointly for developing a memorandum of understanding, which will indicate the concrete directions and projects for cooperation.

At the end of the meeting Nikol Pashinyan conveyed his warm greetings to Prime Minister of Sweden Stefan Löfven.