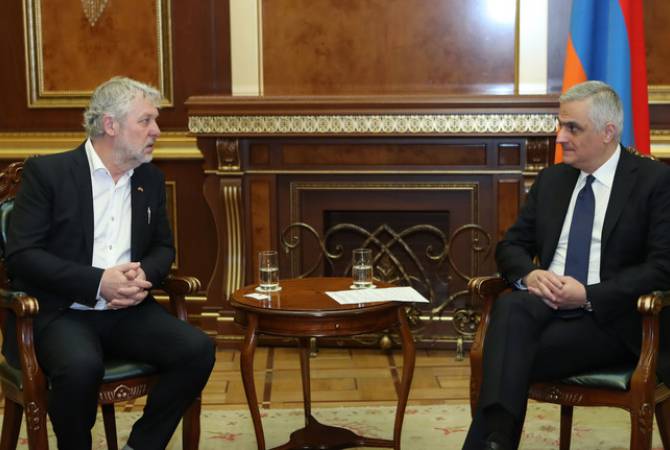 Welcoming the guests, the deputy PM said Sweden is a friendly country for Armenia, and its achievements in democracy, human rights and social protection are specifically exemplary. Mher Grigoryan introduced the main four fields the government plans to make reforms, such as economy, infrastructures, development of human capital, human rights protection and justice. According to him, there are challenges on the path to reforms, but they can be overcome through the institutionalization of main values proposed by the government.

In his turn the Swedish minister thanked for the reception and stated that Sweden is ready to open a bilateral cooperation window for Armenia.

The meeting participants agreed that there is a great potential for the development of the bilateral partnership, and this potential should be utilized.

A number of issues relating to the agenda of economic reforms in Armenia, the logic of tax reforms and anti-corruption policy, as well as women’s engagement in economy were discussed.