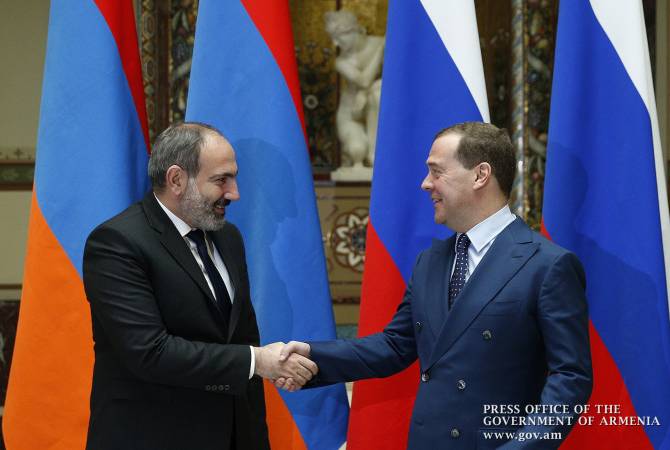 
YEREVAN, MARCH 20, ARMENPRESS. Armenian Prime Minister Nikol Pashinyan and Prime Minister of Russia Dmitry Medvedev held a telephone conversation during which they discussed the upcoming session of the Eurasian inter-governmental council to be held in Yerevan on April 30, the Russian government said in a statement, reports Armenpress.

“During the phone talk Russian PM Dmitry Medvedev and Armenian PM Nikol Pashinyan discussed the session of the Eurasian inter-government council which will take place in Yerevan on April 30, as well as a number of urgent issues of the Armenian-Russian relations”, the statement said.