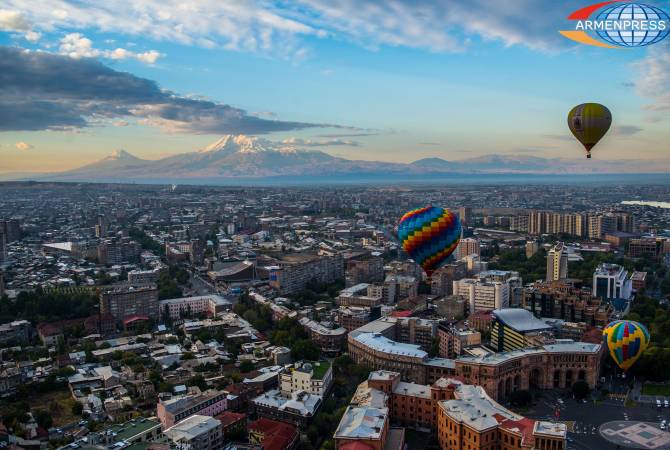 The meeting has been organized by the Tourism Committee of Armenia, the Associated Television International (USA) and Academy Films (Armenia).

At the meeting founder of the ATI David McKenzie introduced his offer to Armenian tour companies. He announced that his company plans to make some videos advertising Armenia which will be provided to the Armenian government free of charge aimed at advertising Armenia in international markets as a tourism destination.

David McKenzie said his company is ready to shoot marketing videos for Armenian tour operators and hotels which they can freely use to present at best their products and services.

“We are ready to shoot and provide that materials within three months. We want Armenia to become known to the broad public as an attractive and interesting tourism site. For this purpose we need to talk to the world through all available means”, he said.

The meeting was also attended by chief advisor to the Armenian Prime Minister Arsen Gasparyan who thanked the company executives for the carried out works. “We must be able to create such mechanisms so that each community in Armenia can be engaged and gain benefits from tourism”, Gasparyan said, adding that tourism is a targeted direction for Armenia’s economic development.

Director of Academy Films Aram Torosyan touched upon the existing problems in the tourism sector and their possible solutions.