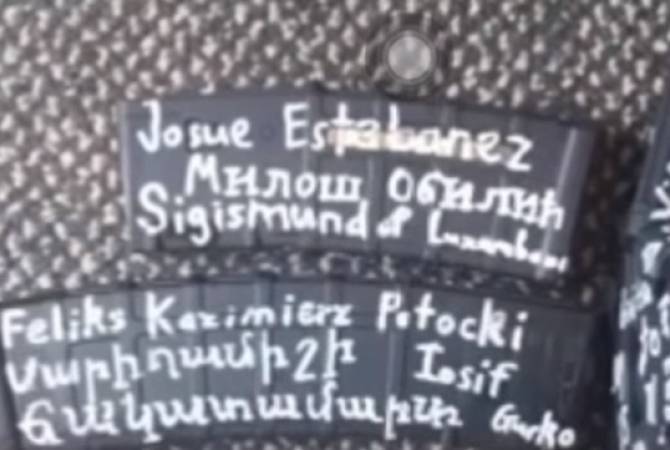 
YEREVAN, MARCH 15, ARMENPRESS. Armenia’s foreign ministry is in contact with the authorities of New Zealand regarding the note in Armenian and other languages found on one of the weapons used for the attack on the two mosques in the city of Christchurch, MFA spokesperson Anna Naghdalyan told Armenpress.

“We are in contact with New Zealand’s relevant authorities on all issues linked with the incident”, Anna Naghdalyan said.

One of the weapons used for the attack on the two mosques in New Zealand is covered with notes in different languages, including Armenian and Georgian, the videos released from the incident show.

The Georgian state security service has already reacted to these reports, stating that it cooperates with its partners to find out details about the persons arrested following the attack and the weapon used.

The gun covered in white lettering featured the names of King Davit Agmashenebeli and Prince David Soslan, the second husband of Queen Tamar, in Georgian, the Battle of Kagul 1770 (Russian-Turkish war) and the Battle of Bulair 1913 were written in Russian.

The Battle of Sarikamish (one of the biggest military clashes between Russian and Ottoman empires during the WWI) is written in Armenian on the gun.

49 people have killed in the shootings in mosques in the city of Christchurch, New Zealand.

Armed people entered the the Al Noor and Linwood Masjid mosques in Christchurch at about 13:45 local time shortly after the day prayer, blocked the entrance doors and opened fire. According to eyewitnesses, about 200 and 300 people were inside the building when the attack occurred. Police told citizens to stay indoors. All schools in the city were closed.