Protection of consumers’ rights absolute priority for us - Pashinyan 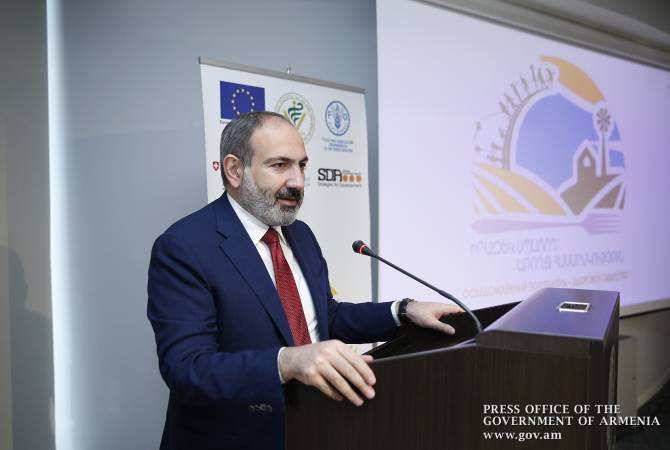 Addressing the conference, Prime Minister Pashinyan stated, in part: “What is the ultimate truth about consumer rights? I see it this way. For example, at a gas station the citizen sees that he has bought 15 liters of gasoline, the actual purchase of gasoline must be 15 liters and corresponds to the standard announced. When toys are sold for children, a citizen needs to be sure that the state has made enough effort to ensure that these toys could not harm our children’s health. When a citizen goes to buy dairy products in a store, he or she should be sure that they have actually bought a milk product and so on. In general, we should not forget what has happened to us in these years. When our country gained independence, the whole system of public trade changed. We started from stalls that were a new phenomenon of trade in the first years of independence.

There were times when trade in our country used to be done literally on the sidewalk. It was the result of time or, more precisely, shocks, the processes that our country survived and not only our country. But, I think, it is time we showed a different approach to this situation because protecting consumers’ rights is an absolute priority for us, and we should not view these commercial processes or interact with the issue of social security and social protection.

The following topic has been much talked about these days. If we tolerate the logic of solving a social issue by authorizing for example the sale of meat in streets, we will thereby tolerate the idea that our country should be a country of low standards not only in terms of protecting consumers’ rights, but also in terms of social protection, because if our social protection method consists in allowing trade on the sidewalk in breach of sanitary regulations, citizens will see that it is our social protection standard. This, of course, is not entirely compatible with our country, especially after the changes that have taken place in the country.”

The Prime Minister emphasized that the Government’s most important task is to upgrade the standards and bring them into conformity with the highest international standards, and in this respect, it should cooperate with the European Union, in particular, in the framework of the Comprehensive and Enhanced Partnership Agreement. The establishment of higher standards for our products will help the Government to realize one of its key program provisions, which is summarized in the Program’s preamble.

“We have said that we see Armenia’s economy as export-targeted. Meanwhile, if we take a closer look at our legal-contractual framework, we can see that we cannot simply use the export potential for a simple reason that our products often do not meet the standards accepted for instance in the European Union, the United States, the Russian Federation and other EAEU Countries. The work aimed at protecting consumers’ rights is extremely important. By doing so, we can raise our country’s economic and political standards. For us, this topic is not a local matter, but actually a comprehensive topic related to our country’s international reputation, healthcare and the rights of citizens.

This is also of political significance, because when talking about the protection of consumer rights, we mean the following: consumers and their affiliates, businessmen, business environment should be based on truth, high, mutual respect, because this is the most important cornerstone on which to build a new reality.

So, I attach great importance to this event. I wish every success to our State agencies and non-governmental organizations in this field,” the Head of Government said.

According to the Prime Minister, active NGOs have been formed in the field of consumer rights over the last decade, whose work is definitely positive and the government is ready to cooperate with these organizations.

“We also aim to significantly increase the quality of State bodies; activities associated with the protection of consumers’ rights. Of course, the activity of all State bodies is largely related to the protection of consumers’ rights, which means we are going to raise the quality of work done by all government agencies,” Nikol Pashinyan concluded.

The World Consumer Rights Day-dated conference is held in Yerevan for the third time. This year’s motto is “Well-Informed Consumers, Healthy Society.” The purpose of the conference is to enhance Armenian consumers’ social standing, raise awareness of their legitimate rights in food safety-related matters, in particular.

The conference will focus on enhancing the mechanisms of public safety in the field of food safety, improving the functioning of catering chains, cooperating with international and local organizations and other issues.