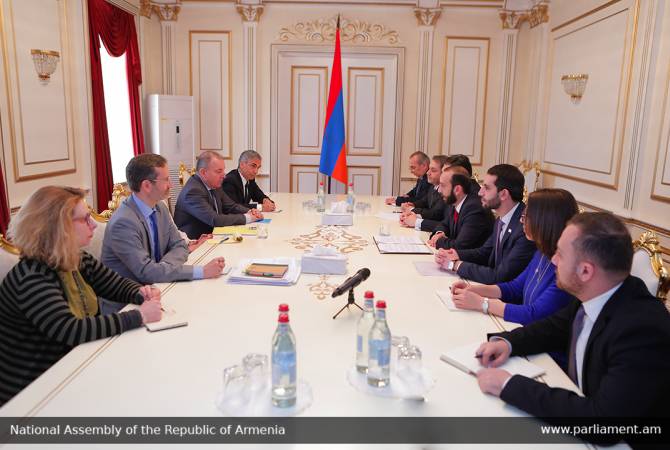 
YEREVAN, MARCH 14, ARMENPRESS. Speaker of the National Assembly of Armenia Ararat Mirzoyan received Parliamentary Assembly of the Council of Europe (PACE) co-rapporteurs for the monitoring of obligations and commitments by Armenia Yuliya Lovochkina and Andrej Šircelj on March 14.

As ARMENPRESS was informed from the press service of the parliament of Armenia, greeting the guests, the parliament speaker wished them success in their mission and expressed the readiness of the National Assembly to actively cooperate with them.

According to the parliament speaker, the best proof of his words is the early parliamentary elections of December 9, 2018. Ararat Mirzoyan thanked the organization for carrying out observer mission and for the high assessment, according to which the elections were free, fair, meeting the democratic standards and enjoying public trust.  The Head of the legislative assured that from now on all the elections in Armenia will be like that.