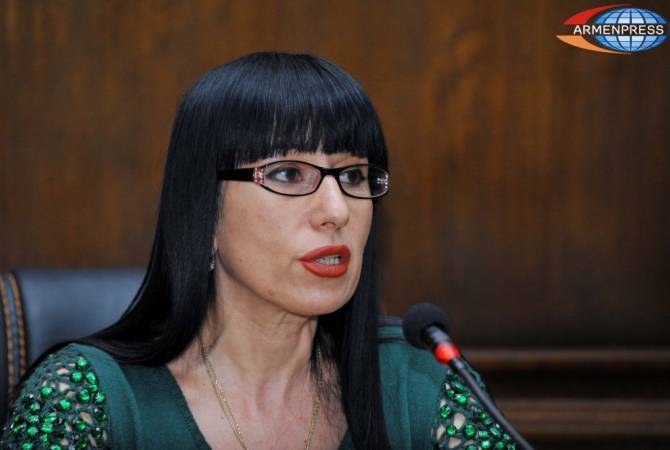 
YEREVAN, MARCH 14, ARMENPRESS. Opposition lawmaker Naira Zohrabyan from the Tsarukyan faction was accidentally injured today during a minor clash between police and protesters in Yerevan’s downtown where demonstrators were protesting against the City Hall’s dismantlement of several cafes near the Opera House.

“At that moment I tried to stand between the two sides – police and citizens – in order to prevent clashes, however I fell on the ground as a result of the hustle,” Zohrabyan told ARMENPRESS. She said the injury is nothing serious and she will try to return to the scene after having the injury treated.

Zohrabyan suffered the injury to her leg.

Yerevan city authorities are resuming the dismantlement of cafes near the Opera House amid protests.

“We have allowed them to continue their activities in the right side of the area,” Yerevan’s downtown district head Victor Mnatsakanyan told reporters. “We are resolute and we want to restore the green landscape,” he said.

Asked about possible job cuts that will happen after the closure of the cafes, Mnatsakanyan said they are willing to assist the employees to find new jobs.

He said café owners from other areas of the city are eager to employ those who will lose their jobs in the process. Mnatsakanyan, however, said no one from the demonstrators approached them regarding the matter.