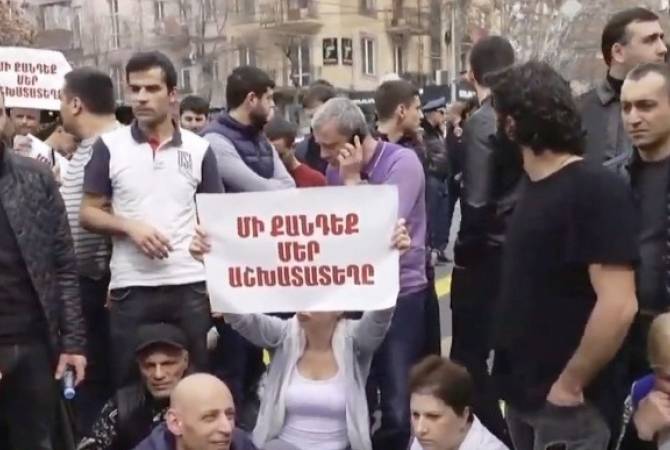 Protesters include both owners and employees of the cafes.

A group of demonstrators were seen blocking the major intersection by laying or sitting in the middle of it. Yerevan police are trying to negotiate and open the street.

The demonstrators are demanding the City Hall to cancel its decision, saying they will become unemployed.

The City Hall had initially notified the cafes earlier in December of 2018 that the city is halting its lease contracts.