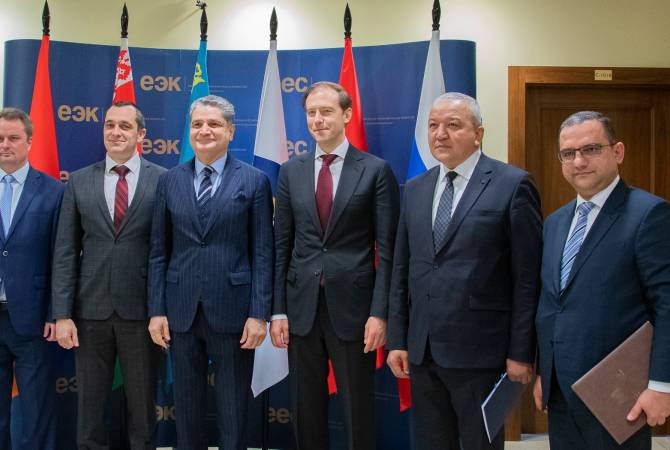 Armenia’s delegation was led by Minister of Economic Development and Investments Tigran Khachatryan, the ministry reported.

In this context, Russia’s Minister of Industry and Trade Denis Manturov expressed his country’s readiness to study concrete proposals of EEU countries.

The possible participation of member states in Russia’s state information system in the processed industry sector was discussed, and prospects of creating a single industrial policy in the EEU were also addressed.

The participants exchanges ideas over the possibilities for creating a single Eurasian trademark for certain goods for more efficient exports to non-EEU countries.