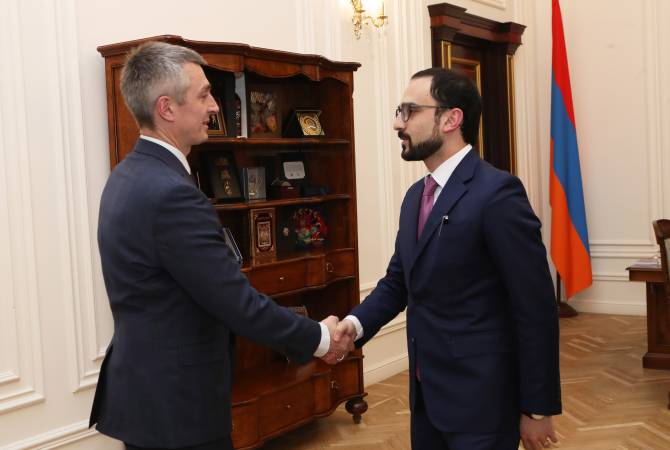 Welcoming the guests the deputy PM said the cooperation with the EFSD has recorded positive results, and there are great opportunities to further deepen and expand it.

In his turn Andrey Shirokov thanked for the reception and stated that this year the EFSD is celebrating its 10th anniversary, and during this period key programs have been implemented aimed at contributing to the economic development and stabilization of the Fund’s participating states. He expressed hope that the Fund’s investment portfolio will further grow in Armenia.

Deputy PM Avinyan touched upon the government’s reforms and development priorities, stating that Armenia has adopted a policy of inclusive economic growth, which supposes that the ongoing and upcoming initiatives should find a place within this ideology.

The officials also discussed the process of projects being implemented by the Fund’s assistance, as well as touched upon the further cooperation prospects in new directions.