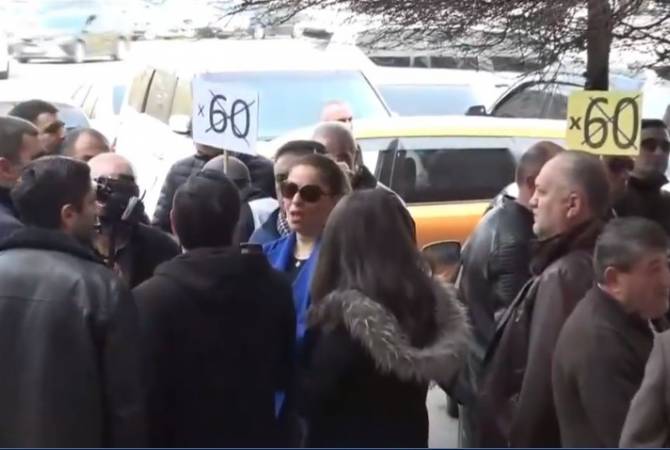 
YEREVAN, MARCH 14, ARMENPRESS. Entrepreneurs operating pawnshops and currency exchange offices are demonstrating outside the government headquarters in Yerevan against a planned amendment of a law regulating their businesses whereby the government wants to raise state duties for operating this kind of businesses. The bill suggests raising pawnshop duties from the current 100,000 drams to 6,000,000 drams (5900% hike), while currency exchange operators will pay 3,000,000 instead of the current 50,000 drams.

The entrepreneurs claim they will go out of business in the event of such tax hikes.

Ashot Poghosyan, a man who runs a pawnshop, says the proposed changes are illogical.

Few days earlier the entrepreneurs were holding a similar protest outside the government headquarters. On that day, Vice Speaker of Parliament Alen Simonyan approached the crowd to negotiate. He said he has convened an expert discussion on the matter to understand what can be done.