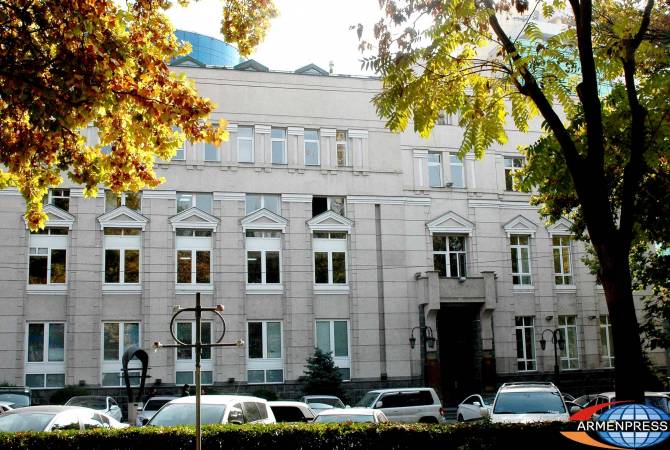 
YEREVAN, MARCH 12, ARMENPRESS. The Board of the Central Bank of Armenia made a decision to keep the refinancing rate unchanged, setting it at 5.75%, during its March 12 session, the CBA told Armenpress.

0.6% inflation was recorded in February 2019 compared to the 0.5% deflation of February 2018. The 12-month inflation increased comprising 1.9%. The increase of prices of seasonal goods contributed to the inflation of the month.

Under the circumstances of the slowdown of the global economic growth rates, the global demand has certainly weakened as a result of which the low inflationary environment of main goods is being maintained in the international markets. At the same time, the central banks of the leading countries have temporarily postponed the clarification of the monetary-loan terms. Given the aforementioned developments, the CBA Board assesses that no inflationary pressures are expected from the external sector in coming months.

The Board states that based on the factual results of the fourth quarter of 2018, the economic growth has been higher than expected mainly conditioned by the high growth of private consumption. A relatively high economic activity has been maintained in early 2019, comprising 6.1% in January. It’s noteworthy that the fiscal policy continues leaving a restraining effect on the domestic demand, which, according to the CBA estimates, will neutralize in the first half of the year.

In such circumstances the Board gives its preference to the gradual recovery of inflation because low inflation contributes to anchoring long-term inflationary expectations and maintaining the purchasing power.

In consideration of the situation mentioned above, the Board finds it reasonable to maintain the extent of expansionary monetary conditions by keeping unchanged the refinancing rate. At the same time, in view of the anticipated macroeconomic developments, to leave monetary conditions expansionary for a longer period of time will be needed for implementing the inflation goal in the medium run. As a result, the expectation is that inflation will still be running below the lower part of the confidence band and stabilizing around the targeted figure in the future.

Risks to fulfillment of the inflation target in forecast horizon are assessed still downside, due to both external and internal factors. In case of these factors, a respective reaction of the monetary policy will be needed for ensuring price stability in the medium run.