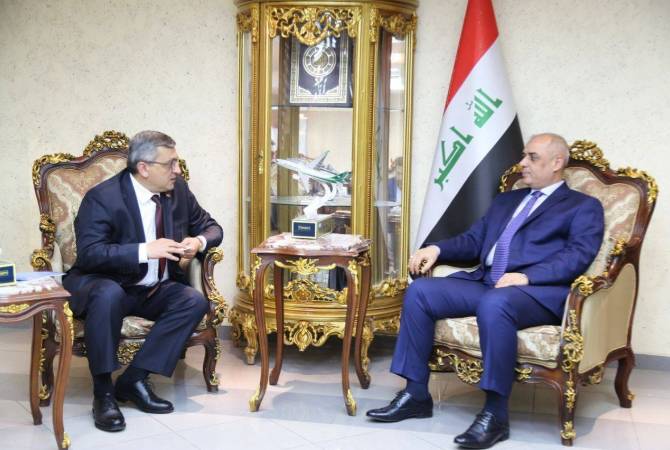 The sides addressed the agenda of the current cooperation in transportation of the Armenian-Iraqi bilateral relations. In particular, the Armenian ambassador pointed out the necessity of implementing the agreements and clauses that have been reached during the 2nd Armenian-Iraqi intergovernmental commission meeting that took place in Yerevan, highlighting the opening of land connections for shipments through Iran towards several border checkpoints in Iraq, which can boost the volumes of bilateral trade.

The sides agreed that soon specialists from both countries will have the opportunity to negotiate on the matter.

They also discussed the possibilities for opening regular direct flights between Yerevan and Baghdad, and agreed to carry out concrete steps in this direction.