Justice March to be held in Los Angeles on April 24 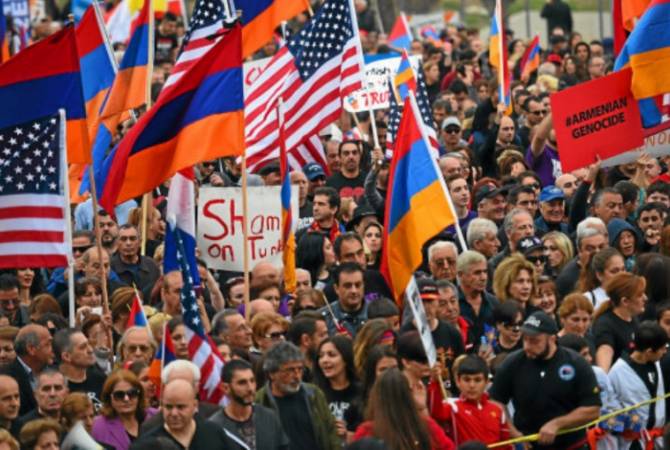 
YEREVAN, MARCH 6, ARMENPRESS. March for Justice will be held in Los Angeles on April 24, dedicated to the memory of the victims of the Armenian Genocide, ARMENPRESS reports the march will take place next to the Turkish consulate in Los Angeles.

Continuing the tradition of over 4 decades, the Armenian Genocide Committee urges to actively participate in the event. “It is our belief that our voices are most loudly and effectively heard when they are unified”, the Committee said.

Western Diocese of the Armenian Church of North America

The Armenian Genocide (1915-1923) was the Ottoman government’s systematic extermination of its peaceful Christian Armenian subjects from their historic homeland within the territory constituting the present-day Republic of Turkey. As a result of the state-ordered and implemented campaign of genocide, the Ottoman Empire killed 1,500,000 Armenian men, women, and children, exiled the Armenian nation from its historic homeland, and destroyed and deported hundreds of thousands of its other Christian citizens. The slaughter began on April 24, 1915, when Ottoman authorities, specifically the “Young Turk” government, rounded up and arrested some 250 Armenian intellectuals and community leaders in Constantinople, followed by mass deportations and death marches in the interior of the country, in what came to be known as the Armenian Genocide.