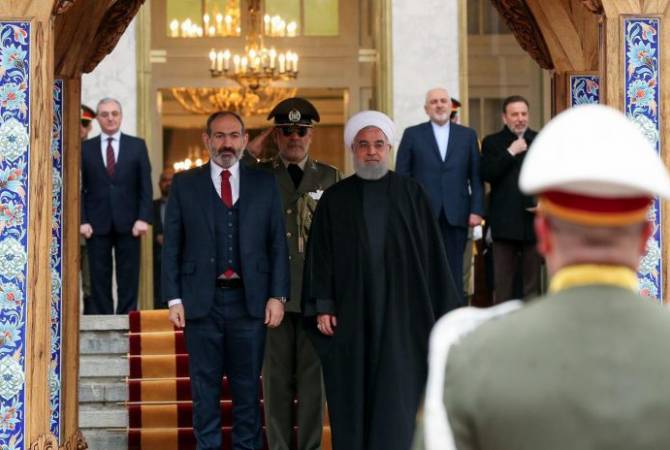 Zarif’s surprise resignation announcement was in the spotlight of international media, and his today’s appearance was also highlighted.

President Rouhani in a letter said he will not accept the resignation of the foreign minister as the move is against the national interests of Iran.

On February 27, Armenian PM Nikol Pashinyan arrived in Iran on an official visit. Zarif was seen among the official delegation of the Iranian side as President Rouhani received the Armenian PM.