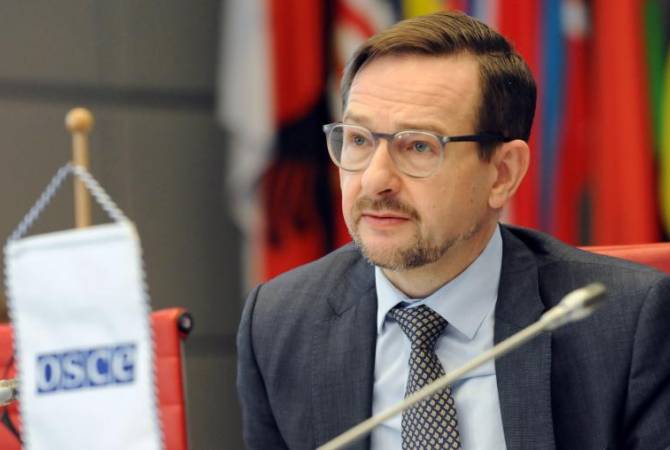 
YEREVAN, FEBRUARY 21, ARMENPRESS. The OSCE is committed to its mediation mission for the peaceful settlement of Nagorno Karabakh conflict and hopes to see progress in the negotiation process in the format of Minsk Group Co-chairs, OSCE Secretary General Thomas Greminger announced during the winter session of yhe OSCE PA.

‘The committment of theleadership of Armenia and Azerbaijan to prepare their populations for peace can be a very promising signal', ARMENPRESS reports Greminger as saying.

He emphasized the necessity of strengthening the role of the mediation missions of the OSCE in the settlement processes of different conflicts.

The OSCE Minsk Group Co-chairs’ format is the only mediation format engaged in Nagorno Karabakh conflict settlement process. The Co-chairs are Igor Popov of the Russian Federation, Stephane Visconti of France, and Andrew Schofer of the United States of America.