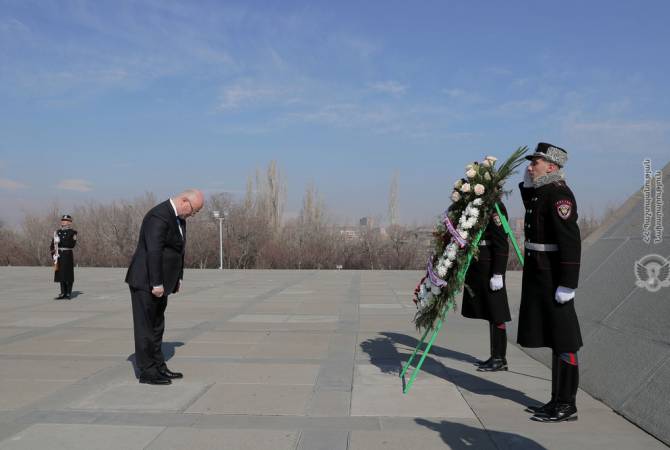 The Georgian defense minister arrived in Armenia on an official visit on February 21.