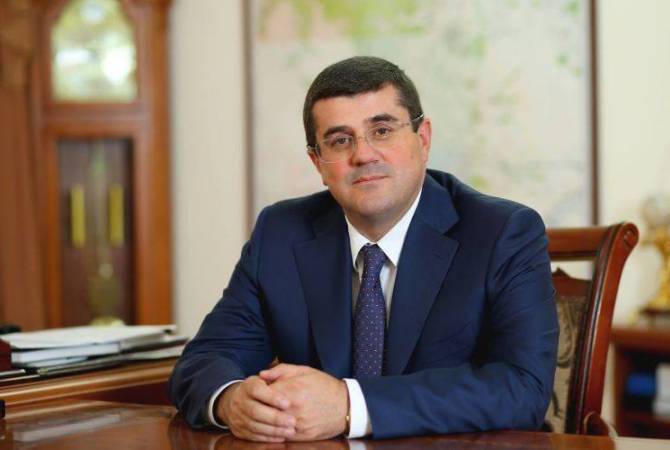 
YEREVAN, FEBRUARY 21, ARMENPRESS. Shortly after Artsakh reported that President Bako Sahakyan has relieved his advisor and special envoy Arayik Harutyunyan from duties, the latter made a statement, noting that he has voluntarily resigned in order to get deeper involved in his political party activities.  Harutyunyan, a former Prime Minister and State Minister of Artsakh, is the leader of the Free Fatherland (Azat Hayrenik) party.

“In order to avoid all kinds of speculations I would like to emphasize that my decision is not associated with any disagreement or problem with the President [Sahakyan]. Moreover, I am expressing my gratitude to President Sahakyan who gave me the chance in 2007 to serve our country and people for more than 11 years,” he said on Facebook.

“I am happy that today a professional team is formed which is capable of ensuring the high indocators envisaged by the government’s action plan”, he added.

“On this occasion I would like to announce that the political force led by me will continue endorsing President Sahakyan’s political course until the end of his tenure, for the sustainable and peaceful development of the Republic of Artsakh,” he said.

Harutyunyan’s Free Fatherland is the largest political party in Artsakh, currently holding majority of seats at the country’s parliament.