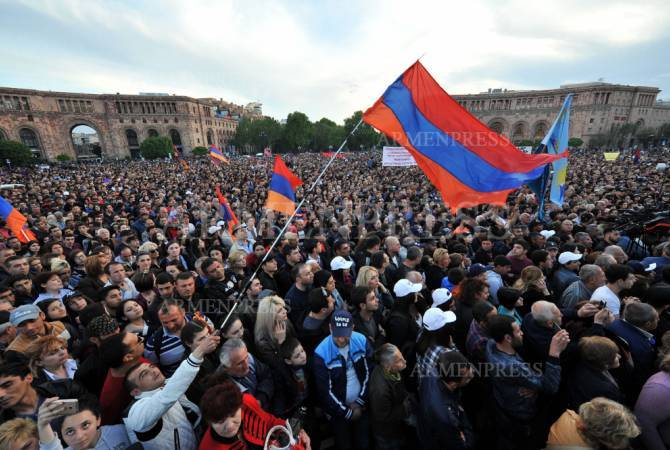 
YEREVAN, FEBRUARY 21, ARMENPRESS. Armenian PM Nikol Pashinyan has called for a “powerful civil procession” on March 1, the 11th anniversary of the deadly 2008 post-election events in Yerevan that claimed 10 lives.

“This year marks the 11th anniversary of the [March 1] events. The decision on holding a procession was made as a result of discussions. This procession will be dedicated to the victory of the Armenian citizen, will be directed against vote rigging, violence, corruption and crime. The procession will mark the milestone that in Armenia the victory and power of the citizen are irreversible. No longer will there be vote rigging in Armenia, we are firmly standing against any violence, as well as political violence, corruption and illegal [activities]”, Pashinyan said in a live Facebook broadcast.

He said that on that day they will also pay homage to the victims of the 2008 March 1 events and overall to all victims of political violence.

“So, I am inviting everyone to the Freedom Square [Yerevan] at 18:30, March 1, 2019 to hold a civil procession heading to the Myasnikyan statue on the occasion of the 2008 March 1 events. I also intend to address the nation on that day. On March 1, we must demonstrate our decisiveness and dedication to democracy and people’s power in Armenia,” he said.

In March of 2008, 10 people, including two security officers, were killed in violent post-election unrest clashes in Yerevan. The outgoing president at that time was Robert Kocharyan, currently jailed amid an ongoing criminal investigation into the very same events. Other officials are also under investigation. The unrest was sparked when Serzh Sargsyan was named winner of the 2008 presidential election, which the then-opposition claimed was rigged.