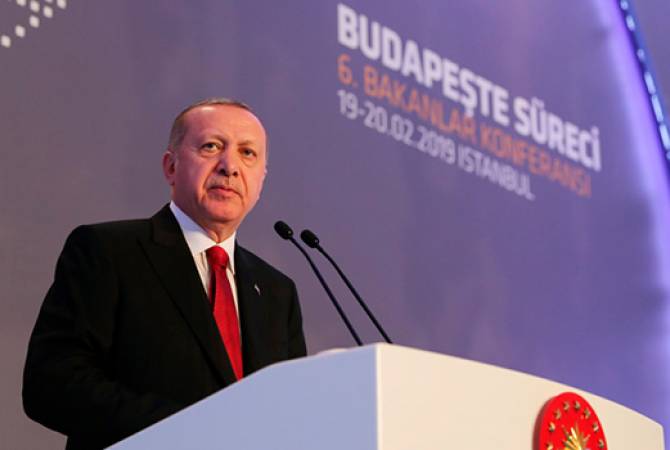 
YEREVAN, FEBRUARY 20, ARMENPRESS.President Recep Tayyip Erdogan has mentioned the Armenians living in Turkey in remarks delivered at the 6th Ministerial Conference of Budapest Process in Istanbul. Erdogan mentioned Armenians when he was speaking about Syrian refugees, Anadolu reports.

He said that Turkey currently hosts 3,6 million Syrian refugees, whom they aren’t planning to send back.

Speaking about other ethnicities living in Turkey, Erdogan mentioned also the 100,000 Armenians living in the country.

“Around 100,000 Armenians live in Turkey, 40,000 of whom are citizens of Turkey. The remaining are not citizens, but we aren’t going to expel them also,” President Erdogan said.