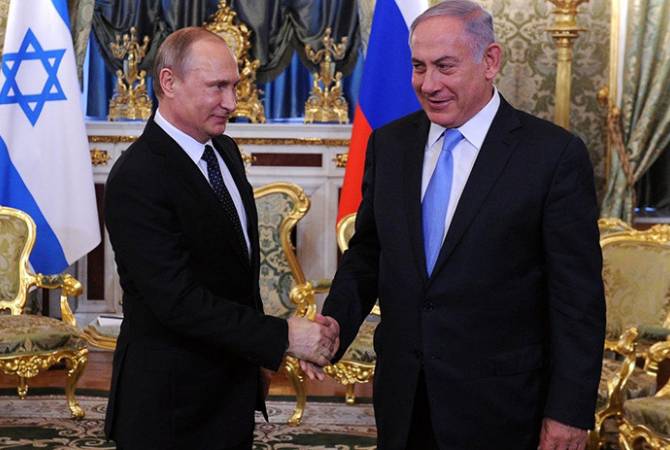 
YEREVAN, FEBRUARY 19, ARMENPRESS. Russian President Vladimir Putin and Israeli Prime Minister Benjamin Netanyahu will hold talks in Moscow on February 21 during which they will discuss the situation in Syria and the Middle East, the Kremlin press service said in a statement, reports Armenpress.

“Russian President Vladimir Putin on February 21 will hold talks with Prime Minister of Israel Benjamin Netanyahu who will arrive in Russia on a working visit”, the statement said. “They are expected to discuss the urgent issues of the bilateral cooperation, first of all, in commercial and humanitarian areas, as well as to exchange views on the current situation in the Middle East, including the Israeli-Palestinian settlement issues and the situation in Syria”.