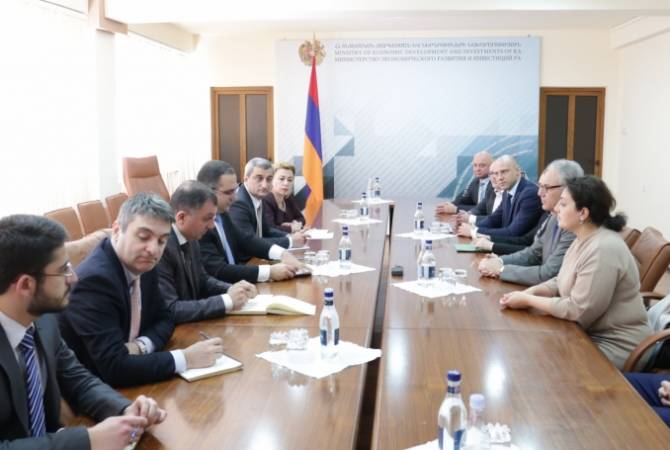 Minister Khachatryan welcomed the businessmen’s visit to Armenia and stated: “We are ready to assist any business activity initiated by foreign investors”. The minister added that one of the goals of the Armenian government is to increase the investment volumes ad export the products made by investments to the EAEU, EU and other markets. He introduced the economic priorities of the government’s Action Plan that will be interesting for investors. Tigran Khachatryan also touched upon Armenia’s investment attractions.

The German Ambassador congratulated the minister on appointment and expressed satisfaction that the Action Plan contains many economic highlights.

The guests introduced their activity circles, starting from agriculture up to engineering, asked their questions to the minister, as well as touched upon their business plans in Armenia.

Minister Khachatryan drew the attention of the guests on the fields which have a great potential that is not utilized. At the end of the meeting the minister said the ministry and Business Armenia staff will spare no efforts for the business mission to be extremely effective and targeted by organizing respective meetings with the Armenian partners.