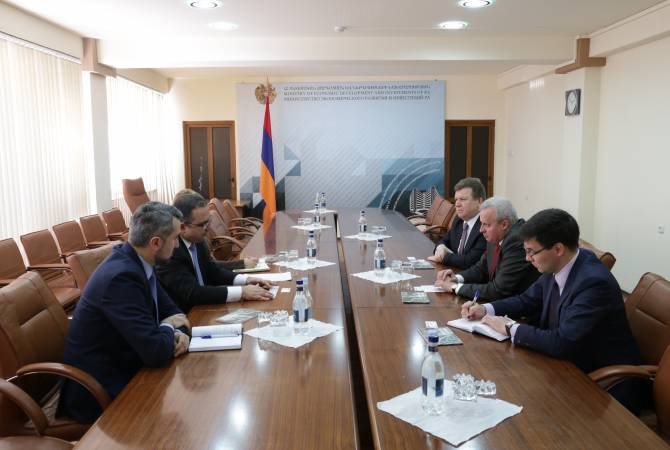 The Ambassador congratulated the minister on appointment and wished him success for solving all the tasks put before the ministry.

The officials discussed issues relating to the Armenian-Russian commercial ties, including the growing trade turnover volumes and structure.

Director of the Armenian Tourism Development Foundation Ara Khzmalyan introduced the project Russian Trace developed for the Russian tourists, as well as a number of marketing events which have targeted the Russian market. It was stated that 17% growth in number of Russian tourists was recorded in Armenia last year.