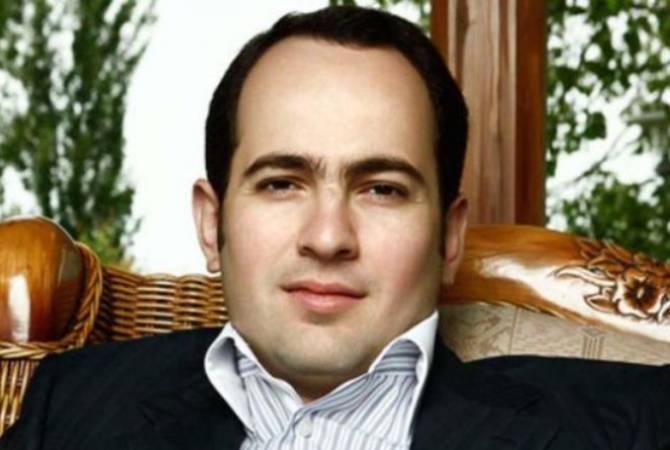 In a news release, the NSS said it has uncovered major tax evasion and money laundering cases, “with II President of Armenia Robert Kocharyan’s son Sedrak Kocharyan having direct relation with its organization”.

He is suspected in laundering $5,300,000 of unknown origin through a company founded by himself. Authorities said the former president’s son then faked contracts through the company’s executive and eventually transferred the money to his personal account, evading taxes. The NSS said Sedrak Kocharyan then laundered the money by using it, together with another 5,6 million dollars on his account, to acquire Best Western Congress Hotel in Yerevan.

Sedrak Kocharyan has been charged with money laundering and tax evasion.

His accomplice, the company’s executive Alexan Vorskanyan, was also charged with tax evasion. According to the NSS Vorskanyan has already “pleaded guilty”. He has been confined to the country limits with a signature bond.

The NSS said they continue investigating assets of Sedrak Kocharyan and his family.

Earlier on February 18, Sedrak Kocharyan himself revealed that he was under investigation, although authorities did not immediately comment.