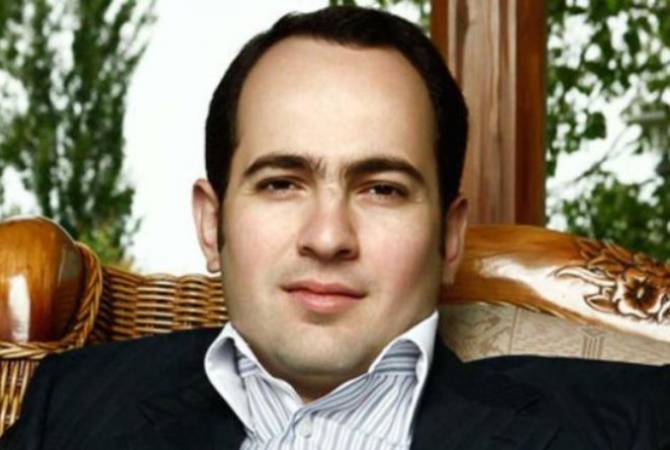 
YEREVAN, FEBRUARY 18, ARMENPRESS. The National Security Service of Armenia has neither confirmed, nor denied the information on filing accusation against Sedrak Kocharyan, elder son of former President of Armenia Robert Kocharyan, who is remanded in custody. ARMENPRESS news agency tried to get some comments on the issue from the NSS.

“The investigative department of the National Security Service will issue a relevant statement in case of necessity. At the moment we have nothing to inform the media”, head of NSS press service Samson Galstyan said.

Earlier today, Sedrak Kocharyan told 2rd.am website that he has been charged by the National Security Service with money laundering and tax evasion.

Sedrak Kocharyan, 38, said that he has been confined to the country limits with a signature bond. In the interview he denied the accusations, calling them "fake".

Robert Kocharyan is charged for ‘overthrowing constitutional order’ during the 2008 post-election unrest, when clashes between security forces and protesters left 10 people dead, including two police officers, during his final days as president.