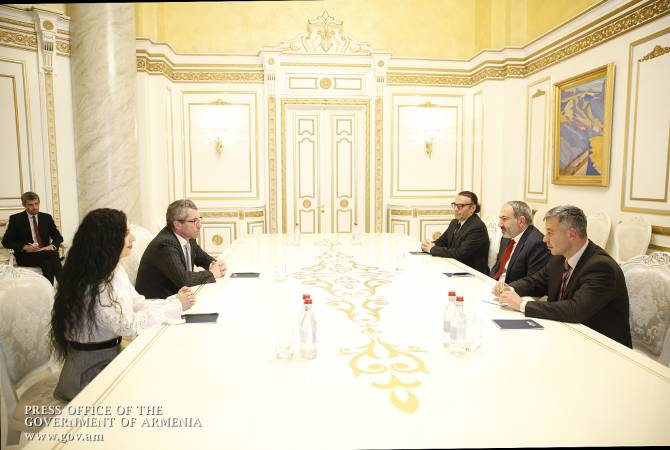 As ARMENPRESS was informed from the Office of the Prime Minister of Armenia, the PM congratulated MEP Frank Angel on being elected the Chairman of Christian Social Democratic Party of Luxembourg and wished him productive activities. Pashinyan highly appreciated the MEP’s pro-Armenian activities and thanked him for regularly raising issues of Armenian concern at the European Parliament, as well as presenting the real situation of Artsakh issue at the international platforms.

Frank Engel assured that he will continue the active cooperation with his Armenian partners. He also presented to Nikol Pashinyan the plans of Christian Social Democratic Party of Luxembourg and spoke about the current political situation in the country.

The sides discussed issues related to the relations between Armenia and Luxembourg, as well as Armenia-EU. Nikol Pashinyan and Frank Engel also touched upon the issues related to strengthening of democracy in Armenia, fight against corruption, economic development, and reforms in various spheres.