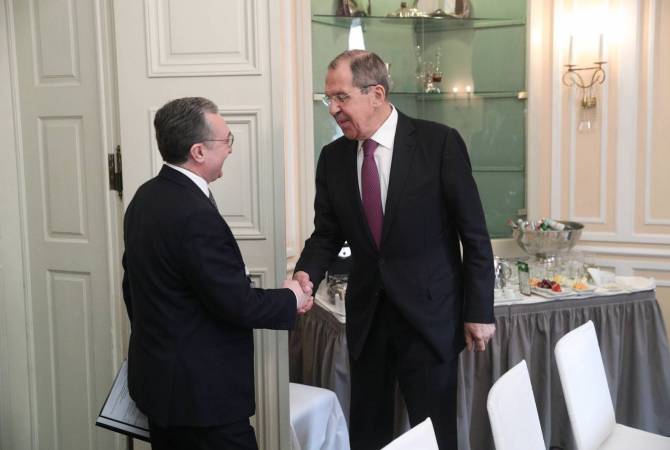 “During the meeting the [sides] discussed a number of issues concerning the allied relations of the two countries, as well as cooperation in bilateral and multilateral formats. The [foreign ministers] of Armenia and Russia exchanged ideas over a number of issues of the regional and international agenda. Zohrab Mnatsakanyan and Sergey Lavrov addressed the peaceful settlement process of the Karabakh conflict”, reads the news release.