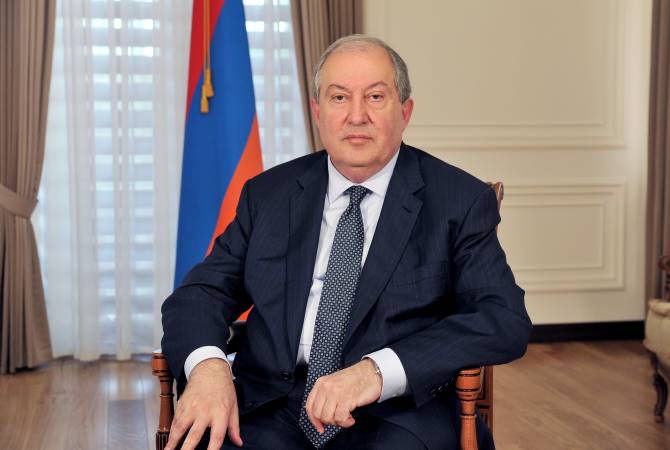 
YEREVAN, FEBRUARY 16, ARMENPRESS. President of Armenia Armen Sarkissian denies media reports alleging that he is cooperating with a political party in Armenia.

“One of the Armenian media outlets has published its yet another disinformation regarding President Armen Sarkissian and his activities, alleging that he has interests in the Armenian political arena and is cooperating with one of the political parties”, Sarkissian’s office said in a statement.

In a statement attributable to the president, Sarkissian’s office dismissed the allegations as “made up and false”.

“President Armen Sarkissian is nonpartisan, doesn’t hold interests in the political arena and doesn’t cooperate with any political party”.

“Within his powers, the president in the event of necessity is meeting and will continue meeting with parliamentary and non-parliamentary political forces. Particularly, in October of last year, President Sarkissian had initiated and conducted a series of consultations with factions of the National Assembly, and recently met with representatives of the newly elected ARF Bureau,” the president’s office said, adding that the meetings were public, and will continue being covered for the press.

“We urge our colleagues to refrain from consistent actions of spreading disinformation”.