Optimization seeks first of all increase of effectiveness – Government official 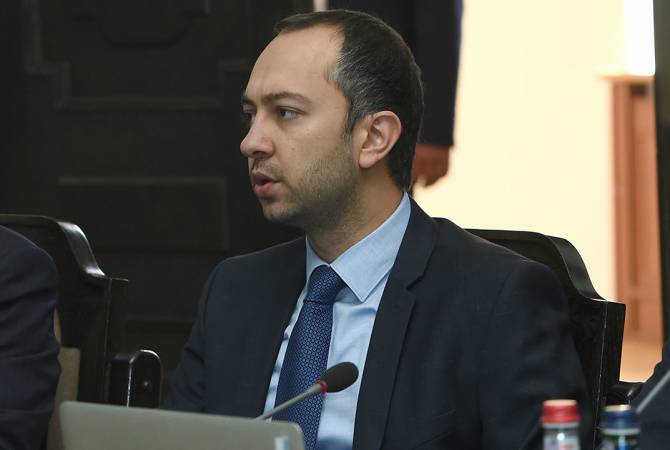 
YEREVAN, FEBRUARY 15, ARMENPRESS. The optimization policy of the Government first of all seeks increase of effectiveness and velocity of processes, ARMENPRESS reports Chief of Prime Minister's Staff Eduard Aghajanyan told the reporters.

“There will be staff cuts as a result”, he said, emphasizing that the main goal is ruling out the possibility of two or more people or divisions being engaged in the same function, as a result of which the state administration system will become more effective.

Eduard Aghajanyan noted that Government will keep in touch with the people who lose their jobs as a result of the optimization.

“You may have noted that the PM tasked the Minister of Labor to collect detailed information on the existing vacancies in the country”, Aghajanyan, said, emphasizing that they will spare no efforts to solve the issue of unemployment. “But this is not an issue to be solved in one day, but we work intensively in this direction”, he said.