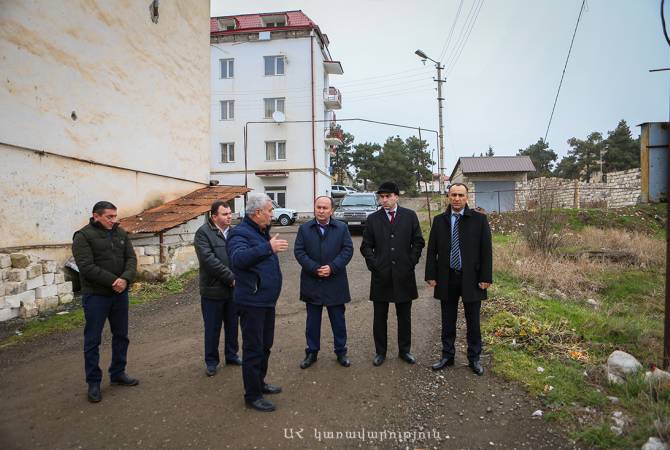 He first attended the municipal assembly where Mayor Samvel Aghajanyan delivered a social-economic and demographic report. The mayor reported growth in landscaping. Aghajanyan said the volumes of pomegranate harvest grew 60% against the previous year, reaching 170 tons.

Among issues requiring solutions, the town officials pointed out the renovation of the local hospital, the cultural house, waste management and street lighting.

Martirosyan said that the government has increased funding for boosting the renovation of roads, construction and maintenance of water systems.

The State Minister assured the municipality that all abovementioned issues will be in the mid-term and long-term action plan per priority.

He then visited the football stadium of Askeran that is under development. The stadium will host the upcoming CONIFA championship.

Martirosyan also visited the construction site of a new residential district in Askeran, where three apartment buildings will be built this year. The apartments will be used for both donations and 1% mortgage crediting.

He also visited a new station of the local firefighting department that is under development.