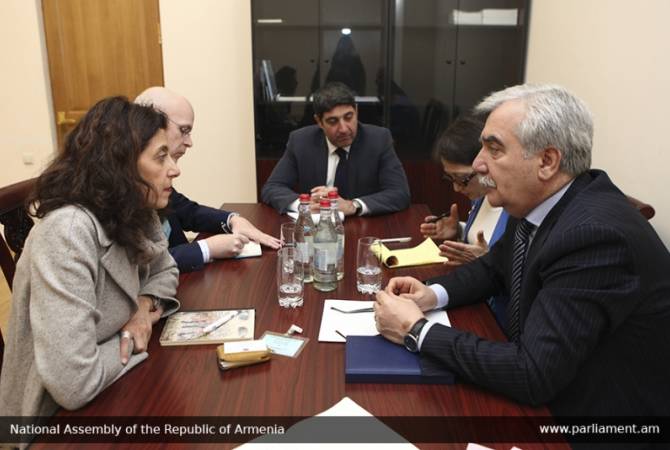 Andranik Kocharyan highly valued the level of political dialogue with NATO and attached importance to the implementation of actions included in the Individual Partnership Action Plans (IPAPs). He specifically highlighted Armenia’s participation in the international peacekeeping missions within the frames of the partnering relations.

Andranik Kocharyan assured that the Armenian delegation to the NATO PA led by him will be very active.

In her turn Rosaria Puglisi attached importance to the mutually beneficial partnership with Armenia, stating that the Parliament is one of their key partners.