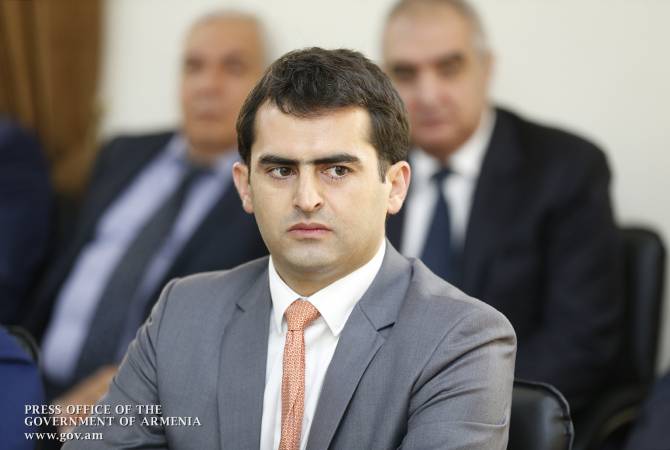 
YEREVAN, FEBRUARY 15, ARMENPRESS. Transportation authorities are installing modern traffic signs along the roads from Yerevan to the Iranian border.

Minister of Transportation, Communication and Information Technologies Hakob Arshakyan said at today’s Cabinet meeting that nearly 4000 signs are being installed.

“We are already reaching the completion of this project,” he said. “However, we have noticed a unique fact. These signs are often stolen and used for different purposes. It’s gonna sound ridiculous, but they are being used for things ranging from a cover of an [oven], a farming or snow clearing spade”. He added that state resources are spent and this is a security matter.

PM Pashinyan asked the minister to present the spending, and Arshakyan said that nearly 1,000,000 dollars is being used for the new signs.

“We are spending the one million dollars, and then it turns out that the issue hasn’t been solved and we are forced to spend new funds, and afterwards they are stealing them and so on. As a result, it turns out, no funds have been formed in order to solve the problem of a single emergency building or to increase pensions. I want our countrymen to clearly imagine this chain, beginning from not taking billing machine checks, not providing them, up to the remaining global issues,” the PM said, adding that the responsibility of this chain lies first of all on the government, but it doesn’t mean that only the government is responsible.