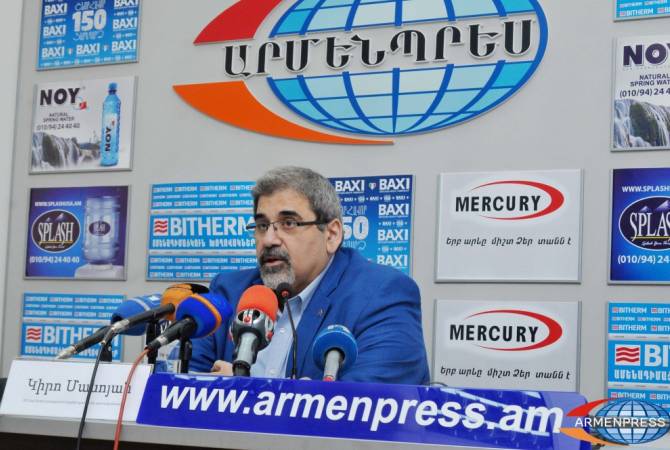 
YEREVAN, FEBRUARY 15, ARMENPRESS. A cooperation agreement must be signed between Armenia and Artsakh so that the political statements made by Armenian Prime Minister Nikol Pashinyan are enshrined by law, Giro Manoyan - Director of the International Secretariat of the ARF Bureau, told reporters.

“We are raising the necessity for signing the agreement for already 10-15 years, and now its signing is much more important because the statements of the Armenian PM according to which Armenia cannot replace Artsakh in the negotiations, should not be just political statements, they must be enshrined by law. It’s obvious that this can create Azerbaijan’s complaint, but the peaceful settlement doesn’t mean that Azerbaijan’s consent is definitely needed”, he said, adding that since the launch of negotiations Azerbaijan has always demonstrated arbitrary stances, and in fact, this conflict settlement has not recorded any progress.