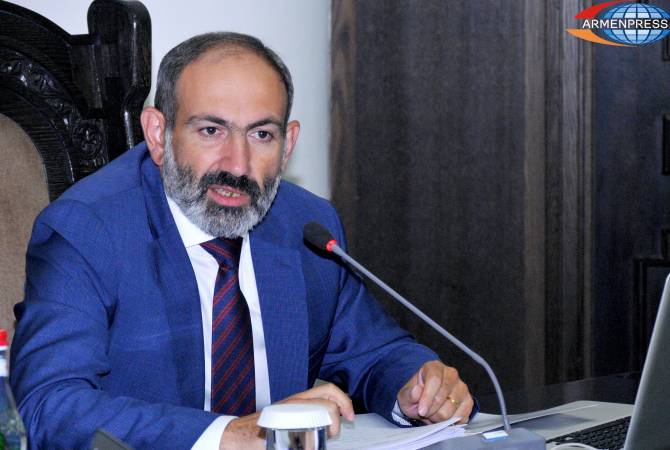 
YEREVAN, FEBRUARY 15, ARMENPRESS. The government’s economic revolution formula is perceived by the Armenian public, Prime Minister Nikol Pashinyan said during today’s Cabinet session, adding that the government must adopt the list of actions deriving from the Action Plan, but that list should be separated from the list of actions promoting to revolution, reports Armenpress.

Pashinyan tasked to revise all investment proposals, reveal all existing problems for investments and concentrate the information in the ministry of economic development and investments.

He also instructed to form a map to simplify the regulations, solve the issue of availability of gas and water and accelerate the works on creating an Armenian Investment Fund.

Touching upon the period of the seasonal work, the PM said in case of working people should continue receiving family and social benefits.

Pashinyan also gave instructions relating to the agriculture sector with the goal to make the works on installing new agricultural technologies more effective.