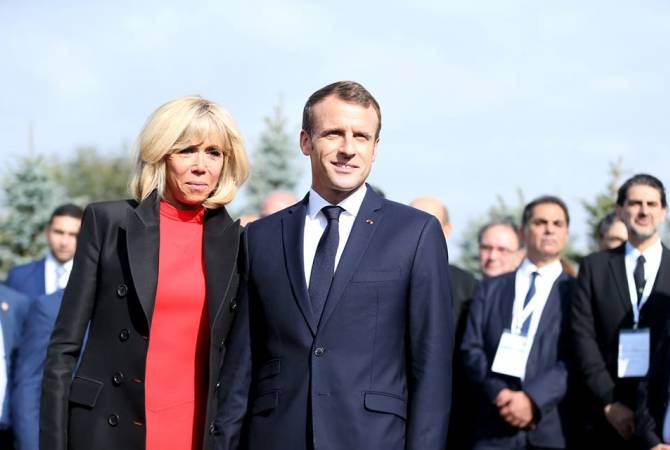 
YEREVAN, FEBRUARY 15, ARMENPRESS. The Embassy of France in Armenia doesn’t yet disclose the timeframes of an upcoming visit of President Emmanuel Macron.

“There are still no specifications regarding the timeframe of French President Emmanuel Macron’s visit to Armenia. Emmanuel Macron announced about this visit during the annual dinner of the Armenian community in Paris in February,” the French Embassy told ARMENPRESS.

During the very same dinner Macron had announced that France will make April 24 “a national day of commemoration of the Armenian Genocide”.

The foreign ministry of Armenia also did not reveal specific timeframes of the visit, adding that in the event of agreeing the timeframes of such visits the two sides issue relevant information.

On February 14, Deputy Prime Minister of Armenia Mher Grigoryan had held a meeting with French Ambassador Jonathan Lacôte. During the meeting, the ambassador said that France is willing to develop bilateral and multilateral relations with Armenia. Noting that Macron had earlier expressed intention to pay a state visit to Armenia, the ambassador said that this visit will contribute to specifying bilateral programs and further enhancement.

Macron was in Armenia as recently as in October of 2018 for the La Francophonie Summit.