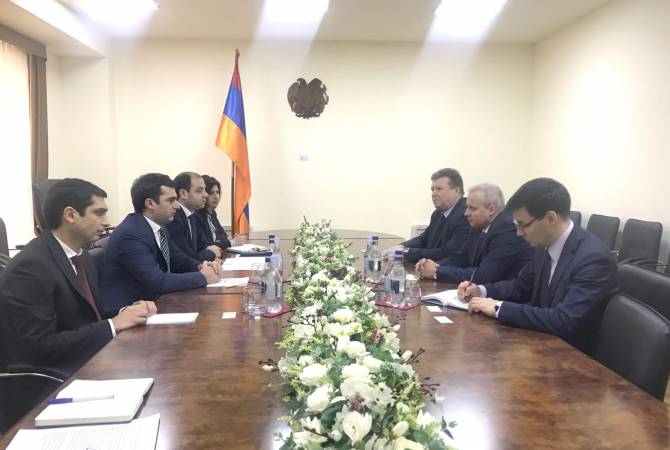 The minister touched upon the cooperation between the two countries and expressed readiness to further deepen and develop it in the future.

At the meeting the officials discussed the possible cooperation directions in the fields of high technologies, telecommunications, as well as the opportunities to implement joint scientific-technical programs in the engineering technologies sector.

The Russian Ambassador congratulated the minister on assuming office and stated that Armenia at all times had a leading position in the field of high technologies.

The officials also touched upon the cooperation in the transportation sectors, specifically highlighting the role of railway transport.

Minister Arshakyan welcomed the ongoing talks on finding an alternative land route to Upper Lars, stating that the launch of that route is very important for Armenia.