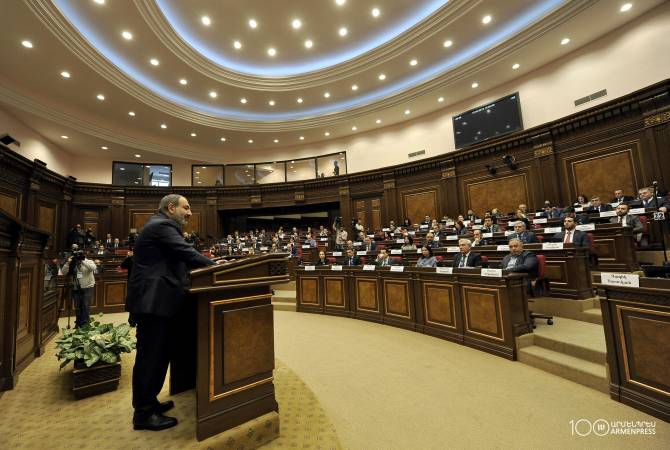 
YEREVAN, FEBRUARY 12, ARMENPRESS. The National Assembly of Armenia will continue the discussion of the Government’s Action Plan on February 13, ARMENPRESS reports Vice Speaker of the parliament Alen Simonyan said.

During the February 12 session of the parliament Prime Minister Nikol Pashinyan presented the Government’s Action Plan approved on February 8. 53 MPs enrolled to ask questions to the Prime Minister.

According to the Constitution of Armenia, the Parliament approves the government’s Action Plan within seven days by the majority of votes of the total number of MPs.