Systematic corruption in Armenia brought to its knees – Pashinyan 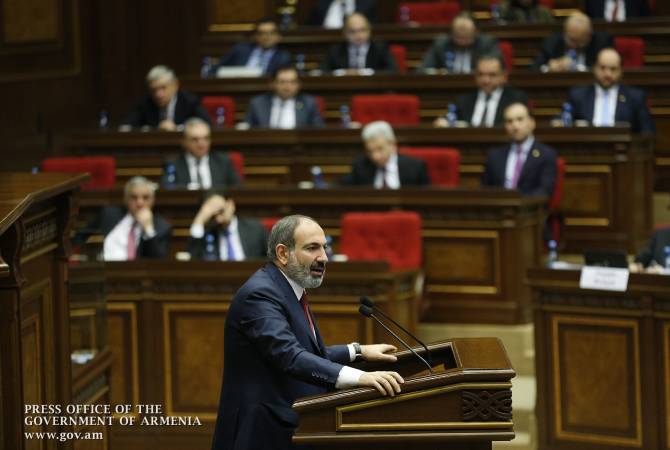 “In fact, systematic corruption in Armenia is brought to its knees, but fight against corruption and anti-corruption policy need some institutional foundations. And I think one of the key points of the Government’s Action Plan in terms of fight against corruption is the following – we have to strengthen all the levers by which the citizens of the Republic of Armenia should have the opportunity to oversee the property and possession of not only the state officials of Armenia, but also of those with great opportunities to assume state offices”, ARMENPRESS reports Pashinyan as saying.

He explained the idea bringing an example, that if someone wants to become Prime Minister or MP, he should authorize a relevant state body to seek information about his or his relatives’ properties worldwide, where the state body will act as the representative of the person trying to assume office. Pashinyan clarified that it’s very important for the state body to be authorized to act as the representative of the owner, since it will give an opportunity to avoid some obstacles which could rise if the state body acted as an investigator. “Moreover, all the officials or candidates who will refuse to grant the relevant state body with the power of attorney, they should be deprived of the right to assume any state position in the Republic of Armenia”, the PM added, emphasizing that it’s not a violation of human rights, since they do not force everyone to behave that way, but only those who have the ambitions to become a state official and serve the Republic of Armenia and its people.

“Therefore, the people hiring those individuals to serve them should have guarantees of 100% transparency, and to be able to record what the individual possessed when assuming the post, where and how much he had, and what he has now and how his property changed after he left the office” In fact, this is a tool the guarantees the end of corruption in Armenia”, Nikol Pashinyan said.