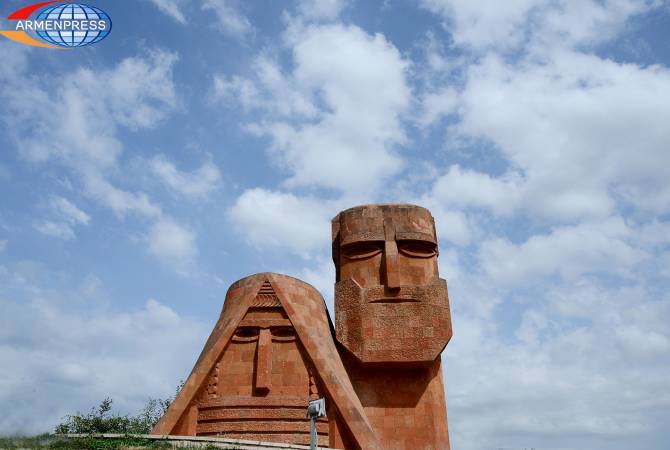 
YEREVAN, FEBRUARY 12, ARMENPRESS. Artsakh must have decisive importance in determining its own fate, Prime Minister of Armenia Nikol Pashinyan said during the debate of the government’s Action Plan in the Parliament, reports Armenpress.

“I think it’s also very important to introduce our visions on the Artsakh conflict settlement. In recent months various versions for the recent developments over the Artsakh issue are being voiced, different discussions are being held, and as stated in the government’s Action Plan, for us it’s very important that Artsakh has a decisive importance in determining its own fate. On May 9, the next day of my election as PM, I have announced in Stepanakert that I, as the Prime Minister of Armenia, can, am ready and must negotiate on behalf of Armenia, but I cannot negotiate on behalf of the Republic of Artsakh because I don’t have the status of Artsakh’s Prime Minister or President. I am the Prime Minister of the Republic of Armenia, not that of Artsakh, but I want to state that Armenia has been and remains the security guarantor of Artsakh”, Pashinyan said.

Pashinyan said if the Azerbaijani leadership is not authorized to represent the whole Azerbaijan and its people, with what mandate that government is participating in the negotiations in general?

“Our government says very directly that we do not have a mandate and authority to represent Karabakh and its people because of a very simple reason that Karabakh and its people are not participating in our elections, therefore, the citizens of Karabakh have not voted in favor of me and you at the parliamentary elections and have not given us a mandate to represent them. Instead of this, they have their own government, parliament and their representatives to be represented in the negotiations. I consider these discussions over including the representatives of Karabakh in the conflict settlement process quite a major progress because I see very concrete forms and methods how the Nagorno Karabakh Republic can be involved in the negotiation process. Currently we are discussing these forms and methods and will discuss these methods also with our international partners”, Nikol Pashinyan said.