Helping every citizen to believe in own strengths is personal responsibility, says PM 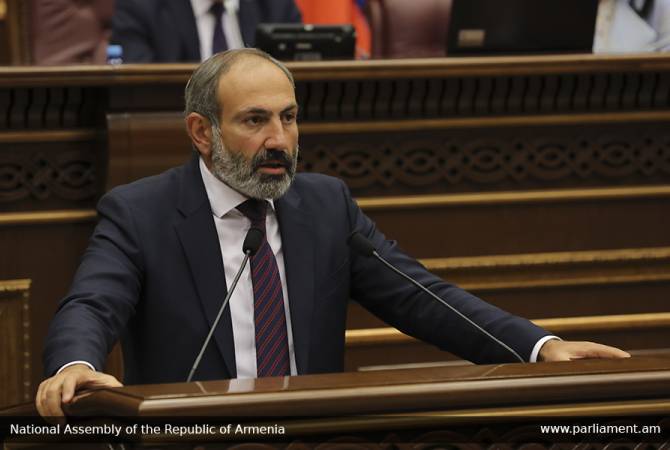 
YEREVAN, FEBRUARY 12, ARMENPRESS. PM Nikol Pashinyan is confident that the citizens of Armenia cannot fail in demonstrating economic activity because the government and the parliamentary majority are declaring this vector and will create its opportunities.

Pashinyan was speaking in response to a question from Lusavor Hayastan (Luminous Armenia) lawmaker Ani Samsonyan in parliament.

Samsonyan quoted the PM’s earlier statement that the government’s action plan is not rich in numbers because numbers depend also on the activeness of citizens, who in turn must become economic activists. The MP asked what will the government say in the event of failing to record high economic indicators, will it say that it didn’t happen because the citizens didn’t demonstrate economic activeness or not.

We were being asked this same question during the political revolution. We were giving this same answer. We were saying, folks, if you will want to show your will, we will be the guarantor for your will to be fulfilled. The same goes for the economic revolution, and I believe that the citizens of Armenia have clearly showed their will for implementing economic revolution in the 2018 December 9 parliamentary election,” he said.

He added that if it so turns out that the economic revolution has not been implemented, the citizens will again express their will and will be the judge on what happened, why, how, and who is the guilty.

He said the government will bear responsibility in the theoretical event of failing to implement economic revolution.