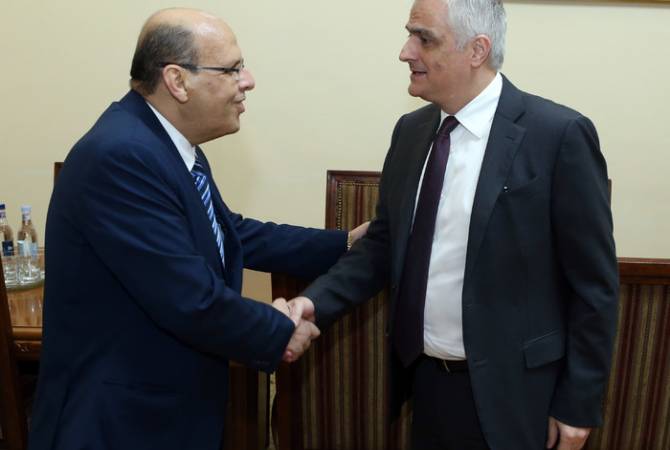 The Armenian deputy PM congratulated the Ambassador on assuming office, wishing him productive work, and expressed readiness to assist all initiatives aimed at developing the Armenian-Egyptian relations. Mher Grigoryan said the firm historical-cultural relations and the dynamically developing inter-state ties can serve a good base for further expanding the commercial cooperation. He stated that the two countries have close ties also in the fields of education, culture and tourism with a great cooperation potential.

Deputy PM Grigoryan introduced the process of talks over a free trade agreement between the member states of the Eurasian Economic Union (EAEU) and Egypt and expressed hope that the signing of the agreement will contribute to deepening the bilateral cooperation.

In his turn the Egyptian Ambassador thanked for the reception and stated that he will make all efforts to raise the Armenian-Egyptian inter-state relations to a new level.

The officials exchanged views on the prospects and opportunities to further develop the Armenia-Egypt cooperation in different areas.