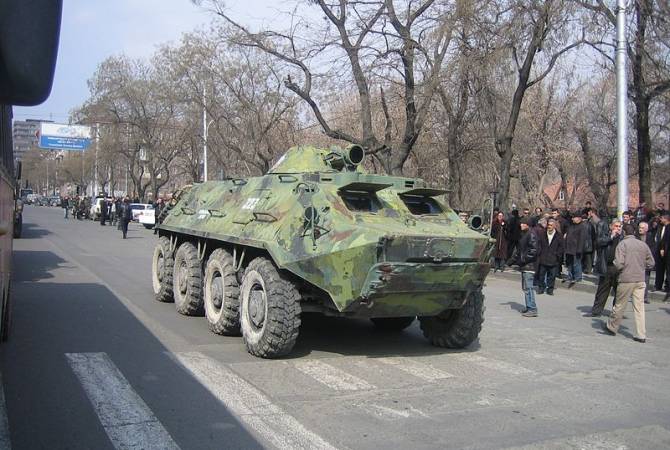 
YEREVAN, FEBRUARY 11, ARMENPRESS. A bill on compensations to the victims of the 2008 March 1-2 events in Yerevan will be introduced in parliament.

The March 1 events refer to the 2008 post-election unrest in Yerevan. 10 people, including two security officers, were killed in clashes. The photo above pictures an armored personnel carrier in downtown Yerevan during those days.

“A similar bill is also being prepared for compensations to victims of the 2016 July police station ambush,” Simonyan said on Facebook, referring to the 2016 Yerevan hostage crisis.

Simonyan also said that another bill is being prepared that will concern the law on time calculation in Armenian territory and will enable citizens to save up to 10% in electricity bills.