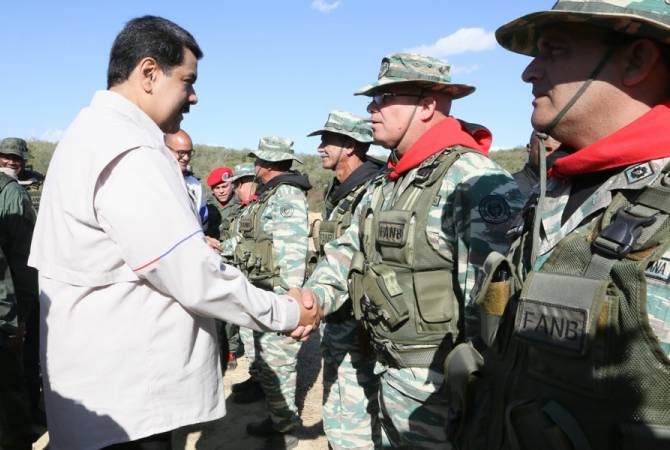 
YEREVAN, FEBRUARY 11, ARMENPRESS. Venezuela has commenced the largest ever military exercises in its history.

President Nicolas Maduro visited the military in the country’s Miranda state to view the equipment and meet with army personnel, Periscope reported.

In remarks delivered to the armed forces personnel, Maduro emphasized the need to modernize the army and involve additional resources to acquire modern armaments.

The drills, called Angostura 200, are dedicated to the 200th anniversary of the Congress of Angostura that was convened by Simon Bolivar in 1819.

The exercises are taking place on the background of the political tensions in the country. The US had earlier said it doesn’t rule out the possibility of using military force for solving the crisis in Venezuela.

Earlier President Maduro said that Angostura 200 is the most massive military exercises in the history of Venezuela.