From revolutionary to Prime Minister – Pashinyan assures he has not changed, Swiss RTS radio 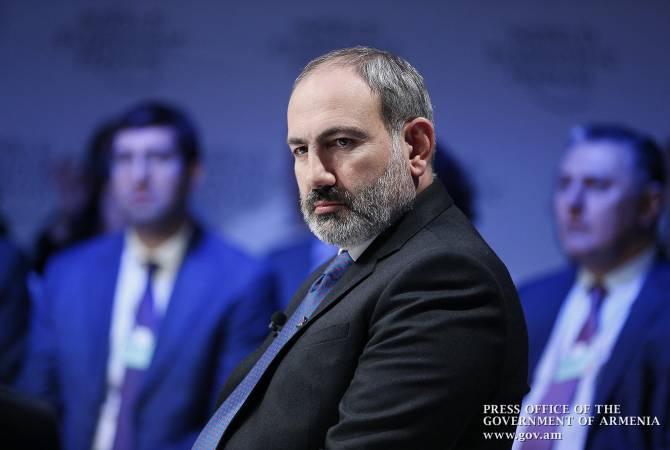 
YEREVAN, FEBRUARY 7, ARMENPRESS. New Prime Minister of Armenia, leader of the velvet revolution Nikol Pashinyan has an aspiration to revolutionize the economy of the country, preserving the balance between Russia and Europe, ARMENPRESS reports Swiss RTS radio reads, the reporter of which met with Pashinyan in Davos earlier.

“Nikol Pashinyan, wearing his new suit that fits his position of Prime Minister, accompanied by a large delegation, tours in the corridors of the World Economic Forum. A few months ago that same person, a former journalist, wearing a military uniform, cap and a backpack was addressing the crowd with a speech in the capital city of Armenia, Yerevan.

The popular movement that was named “Velvet revolution” due to its peaceful nature raised him to the post of Prime Minister.

From opposition leader to head of the executive, Nikol Pashinyan assures RTS that he remains the same person. “I assess myself the servant of the people. As long as the people are satisfied, I will continue my mission. As soon as the people decide to remove me from that position, I will most probably go back to journalism or will write books”, ARMENPRESS reports RTS quotes Pashinyan.

The article runs as follows,

His mission, as he usually says, has been “making Armenia corruption free”. After reaching this goal Nikol Pashinyan sees an economic revolution that will take place in his country.

This is what brought him to the World Economic Forum in Davos. He also met with Swiss and Diaspora-Armenian businessmen in Switzerland.

But not everything depends on the Government – warns the PM. Like in case of the political revolution, Nikol Pashinyan relies on the people for the economic revolution. “The citizens know that they have a precise role. The only difference now is that we need to attract investments”.

Balance between Russian and Europe

But how can a former USSR country, located between east and west, develop political and economic relations with Europe without offending its key ally, Russia? This seems to be a matter of balance.

“We are member to the Eurasian Economic Union, which is a very important market for our country. But Armenia has an agreement also with the EU and this is not incompatible.

Our relations with Russia are important from the perspective of economy and security, but our relations with the EU give us an opportunity to improve our political and legal system and develop our society, making it more competitive”.

Anyway, the Armenian PM should be cautious not to breach the balance. For example, joining NATO is not on the agenda.

“We do not plan to join that organization. We already cooperate with NATO member states, particularly in carrying out peacekeeping missions in Kosovo, Afghanistan and soon in Lebanon. This cooperation will continue and develop further, because we know the real value of peace”.