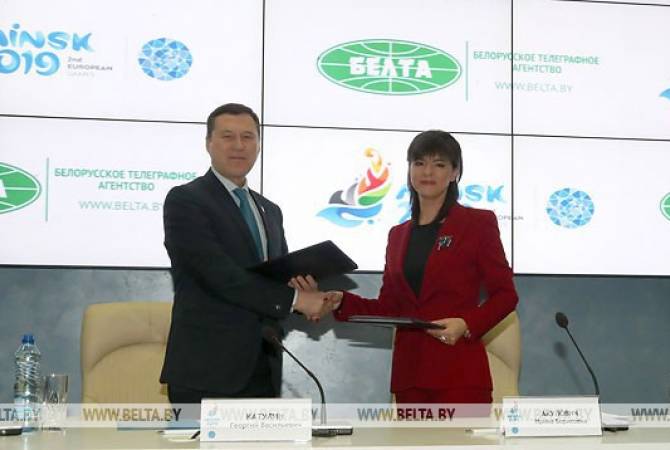 BelTA will be the official media partner of the 2019 European Games that will take place in Minsk, the capital city of Belarus this summer. By the agreement, the news agency will cover the second European Games through its six-language newsline.

“The news media have already carried out large scale work, in every corner of our country people know what kind of an important event is scheduled to take place in summer of 2019 in Minsk. It is important that BelTA publishes information in six languages, which contributes to advancing the upcoming sports forum,” George Katulin, CEO of the Minsk European Games Organizing Committee (MEGOC) said.

BelTA Director General Irina Akulovich noted that the agency has already published nearly 450 articles about the preparations for the upcoming European Games, as well as more than 300 photos.

A video section will function from February 6, which will present how athletes, coaches and organizers are gearing up for the event.

“BelTA has a huge photo archive and we are planning to initiate another project where not only will the European Games be presented with photos, but also how sports developed in Belarus,” she said.

The II European Games will be held in Minsk June 21-30.

Around 4000 athletes from 50 countries will participate in the event.