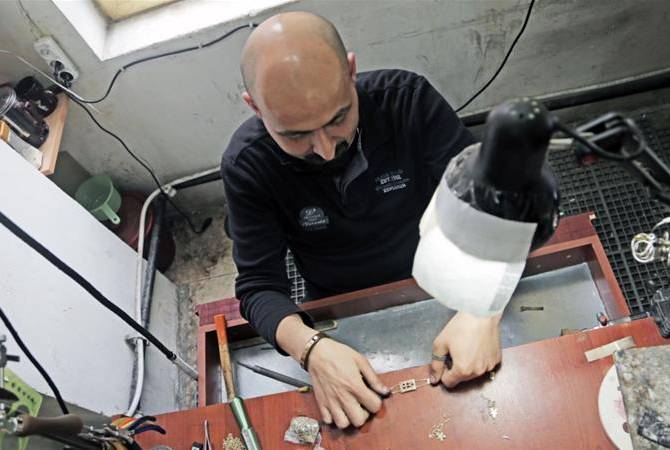 The author of the article says Vahe is one of tens of thousands of Christian Armenians who have returned to Armenia in the wake of Syria’s civil war.

“Two years ago, he was living in Aleppo, dodging snipers on his way to work”, the author says.

“Every day leaving my apartment, I knew that I could not turn right”, Vahe Hovhannesian said. “I should always go to the left, otherwise I might be killed. There was a small territory in our district I had to cross to go to my workplace. I knew that there was a sniper and I was running so that he could not target me. Every day I had to run”, he added.

In early 2016 a rocket exploded in front of Hovhannesian's house.

“The rocket fell right on our building”, he said. “It was useless to run or try to hide”.

The explosion nearly levelled their home.

“At that moment I realized that I had to leave Syria”.

Hovhannesian lives with his brother Zareh and parents, Andranik Hovhannesian and Vergin Khachaturyan in an apartment. They settled in Aleppo in 1946, where they found a home for 70 years.

Prior to the Syrian conflict, neither Vahe nor his parents had set foot in Armenia.

Arriving as a refugee was “numbing”, he said.

“My first days in Yerevan were quite difficult”.

“Although I knew Armenian, I couldn't understand when people were saying to me. They were using so many Russian words and expressions in their speech. I had never heard a single Russian word in my life before”, he said.

Jeweler Vahe Hovhannesian is currently working 12 hours a day with his brother Zareh in Yerevan.